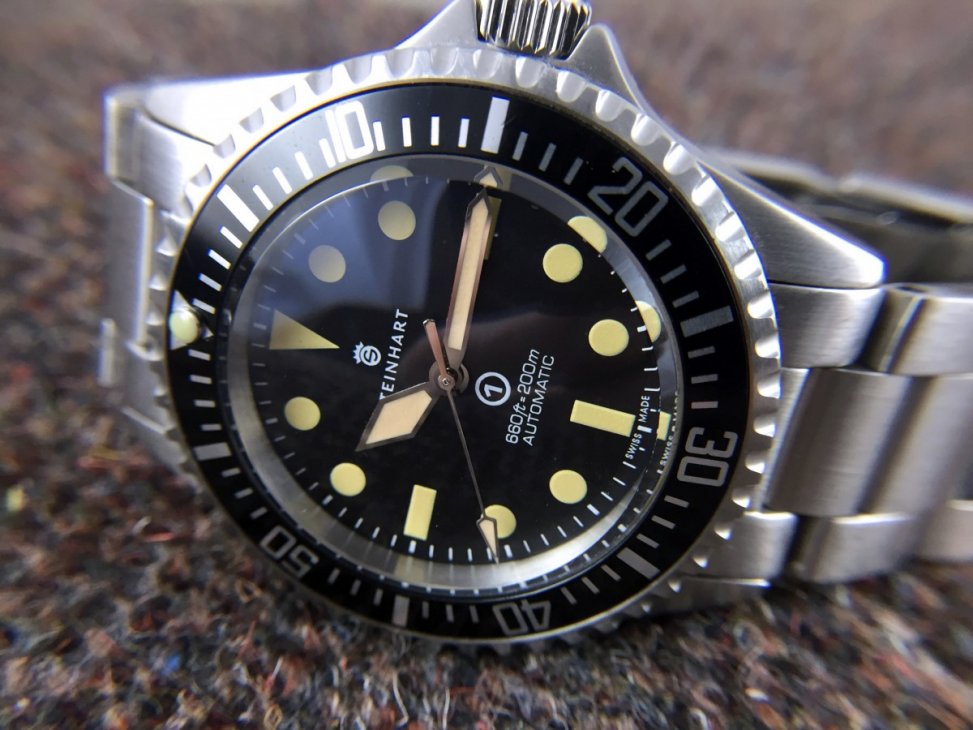 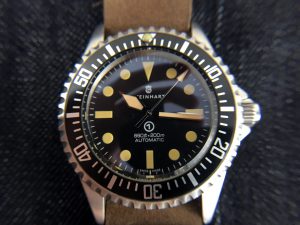 A Little Bit of Background 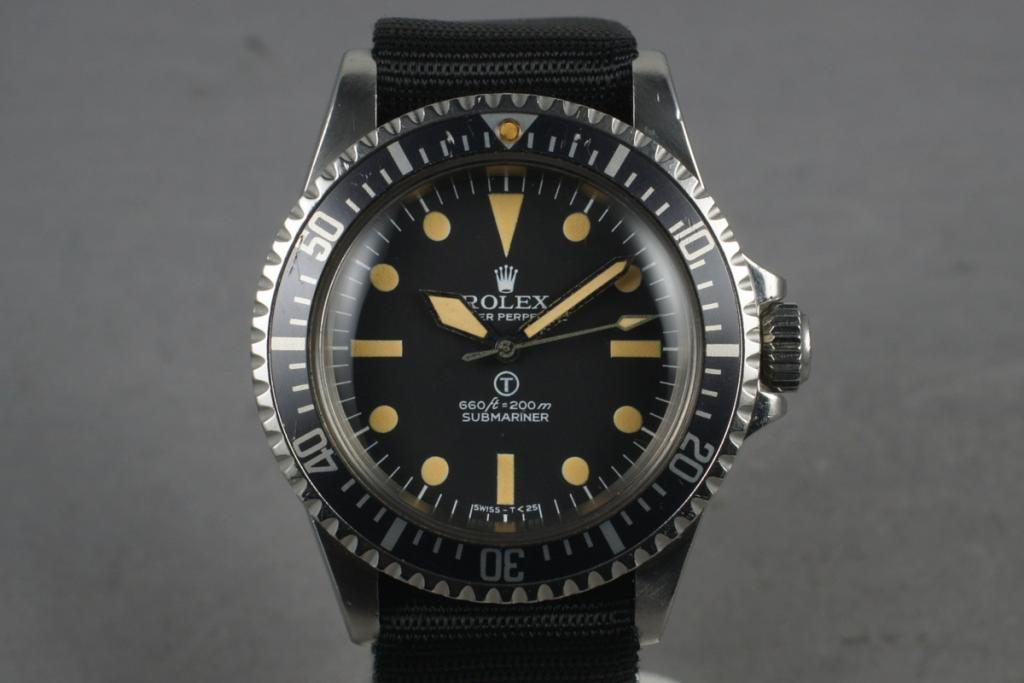 Steinhart is a German-based watchmaking company known for making high-quality and affordable ‘homages’ to classic watch designs. I understand if that ends your interest there, in some circles, the term ‘homage’ is a dirty word and an affront to the entire industry.

But Steinhart doesn’t just produce cheap knock-offs, these are high-quality swiss watches built with exacting standards and high-quality materials. Additionally, some of the watches Steinhart pays homage too are simply unattainable for the average person.

The Steinhart Ocean Vintage Military is one of those watches, a design based off of the iconic Rolex 5517 “Mil-Sub” released in the early 1970s. The 5517 is one of the priciest vintage Rolex watches, of the 1200 watches that were produced for the British special forces, it is estimated that only 180 still exist. In good condition, these watches fetch upward of over $100,000 at auction, a staggering sum for the casual enthusiast. With that said, you can see how the idea of acquiring a modern version of this watch of this style and quality for a fraction of the cost suddenly becomes an appealing proposition. 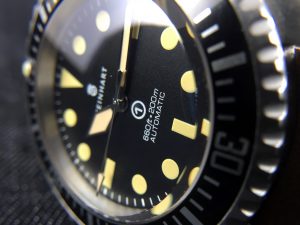 The Steinhart OVM is a faithful homage, although a bit larger than the original at 42mm (compared to 39mm). It sports the iconic 60-minute ratcheted bezel, sword hands, and high-domed crystal of the original. Steinhart has even gone as far as too apply a “faux-patina” to the lume, mimicking the yellowish patina that has developed on the vintage Milsubs. Some may say this is going too far, but I feel that the colors look absolutely spot-on with this watch and add to the vintage character.

The domed crystal is stunning, and the prominent bevel around the edges creates interesting distortions at certain angles. This watch feels absolutely rock-solid, and actually a bit heavy at 195 grams (including bracelet).

It wears large for a 42mm watch, with its long straight lugs (~50mm in length) and its tall domed sapphire. The screw-down caseback is solid and features an engraving of a mythic solider riding a giant seahorse with a trident. The signed crown is large and easy to operate, with prominent crown guards emerging from the side of the case.

The finishing on the watch is impeccable, sporting a primarily brushed stainless steel and matte black surfaces to enforce the military aesthetic.

The bracelet of this watch is also extremely high-quality. A 22mm brushed stainless oyster-style bracelet with basic H-links and a Steinhart engraved clasp go perfectly with the overall utilitarian style of the watch. If you’re not feeling the heavy bracelet, this watch actually looks quite at home on a large variety of NATO style straps, my favorite colors being tan and olive. The bracelet size is easy to adjust with the screw-style link pins, and if you’ve ever tried removing links and pins from a standard pressure-link system, you’ll be amazed at how smooth it is. The bracelet also features several micro-adjustments, making the perfect fit easy to obtain.

One area I feel that the homage aspect of the watch may have been taken too far is the printing on the dial. The circle “T”, which indicates a radioactive tritium lume, has been replaced by a circle “1”, referencing the “Ocean 1” line of Steinhart watches. I don’t find issue with this, but the printing below “660ft = 200m”, is lifted exactly from the Rolex dial. This wouldn’t be a problem, however ironically, the Steinhart version of this watch is actually more robust than the Rolex original, rated all the way to 300m in depth. This “misprint” seems unnecessary as it betrays the actual capabilities of the watch. 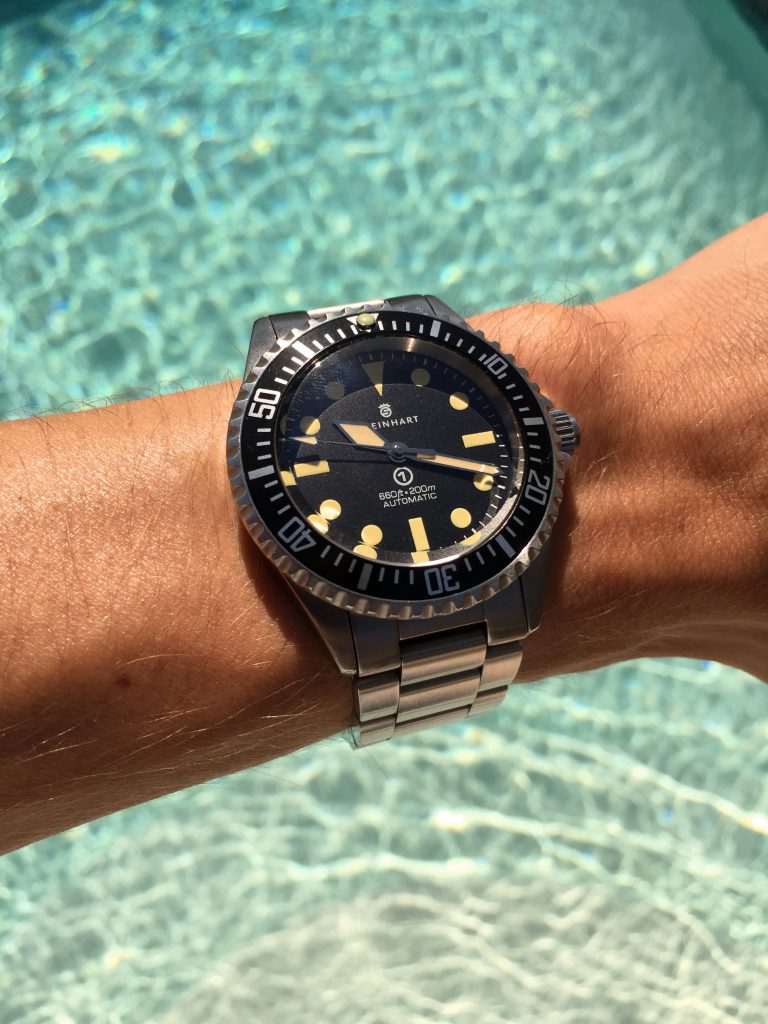 The first version of the OVM is actually getting a bit difficult to come by, as it is no longer in production by Steinhart. It has been replaced by the Steinhart “Ocean 1 Vintage Military”, which in my opinion is the less desirable of the two options with its low-contrast gray dial.

These watches were priced at 390 Euros new (~$429 dollars) and to me represent an absolutely screaming value for a swiss watch of this quality. Since being discontinued, used OVM1’s in great condition have been seen selling on the secondary market for anywhere between $500 – $700 dollars.

While this watch is no true replacement for a genuine Rolex 5517, this high-quality homage checks all of the boxes for a functional military diver at an attainable price-point.

If you’re looking at this model, you’ll also want to compare this to the Squale 1545 Atmos Militaire or the Armida A2, which compare very favorably on price and features.

Overall, I would highly recommend the Steinhart Ocean Vintage Military. Its stunning subdued looks and high-quality swiss components will make a great addition for any discerning collector. 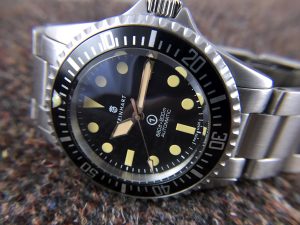 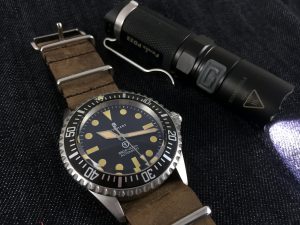 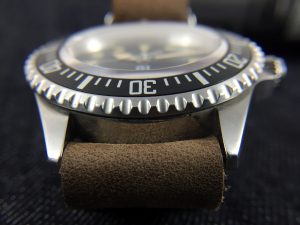 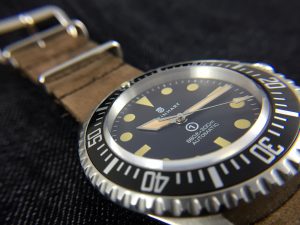 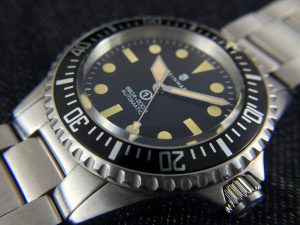 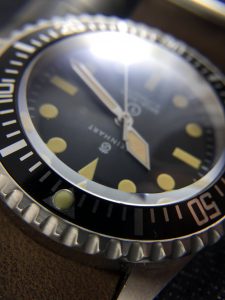 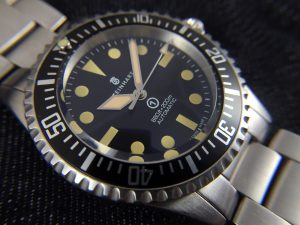 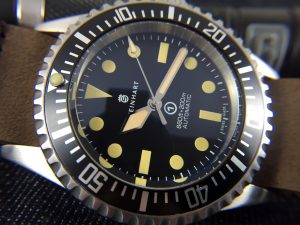 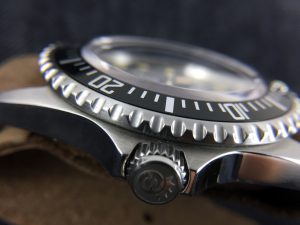 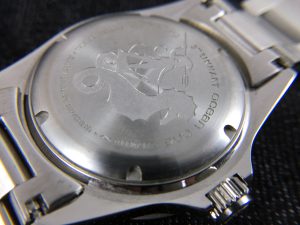 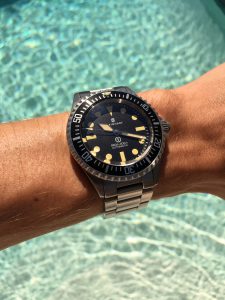 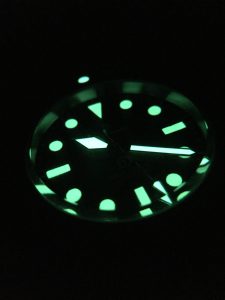