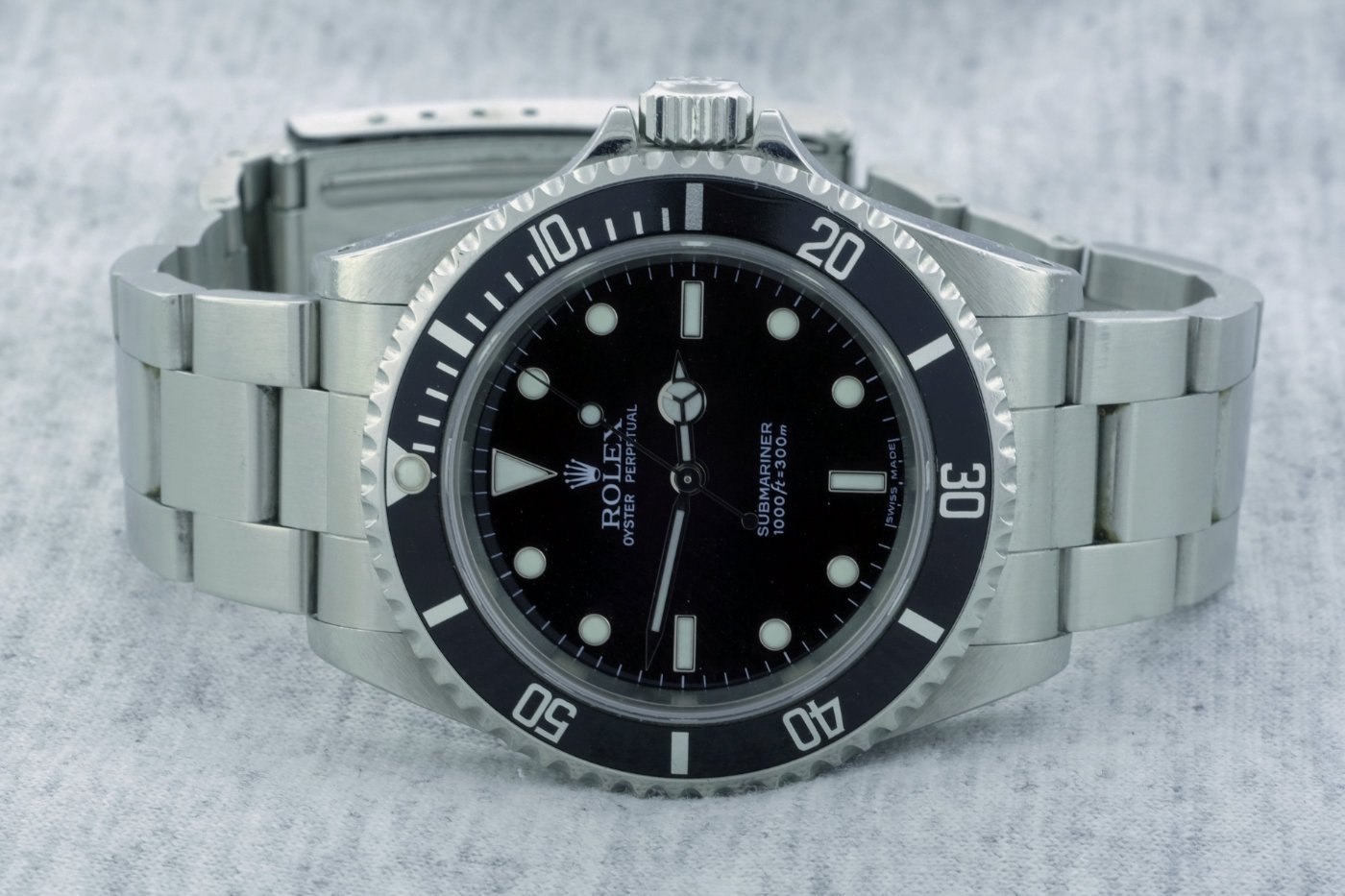 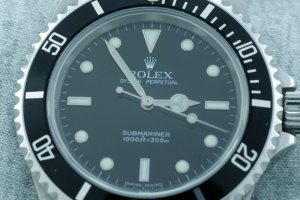 The Rolex Submariner is known far and wide – way beyond the circles of wrist watch enthusiasts. It’s a fair bet you could walk up to any stranger on the street, ask them to complete the two-word phrase “Rolex ______________ “ and they’d say “Submariner.”

As that most familiar of Rolexes, the Submariner is steeped in history, both real and cinematic. It’s been the choice of elite military squads and commercial divers since its inception in 1953.

Tough-guy actor Steve McQueen wore one. It’s dead easy to find a photo of him online, sipping coffee between takes of the movie, “Papillon.” And wrapped around his wrist? His trusty 5512, the chronometer-certified twin to the more popular non-chronometer 5513.

And who can forget James Bond in “Dr. No,” lighting a cigarette and checking the time on his 6538 as it peaks out from his dinner jacket sleeve. Classic.

And speaking of chronometers, the 14060M began life without the certificate. That was the version with two lines of text below the hands – the “two-liner” as aficionados like to call it. Chronometer certification came in 2007, and with it came two additional lines of text on the dial and a controversy that continues to this day. Two-liner vs. four-liner. Many a Rollie WIS will wear one but not the other while some don’t consider their collection complete without both.

The 14060M outlasted all other Rolex sports watches of its generation. It finally fell to progress and the redesigned supercase in 2012, long after the rest of the sports cases had already gone the ‘super’ route with thicker lugs and crown guards.

Though it’s no longer available new, it’s plenty easy to find pre-owned. As I write this, Chrono24 has over 150 of them listed for sale. Therefore, I think it’s reasonable to review the watch as one that you might consider picking up and wearing for your daily beater.

So OK. That’s the background of this venerable watch. But just how good is it? How does it wear on an ongoing basis?

The watch is just short of 40mm in diameter. That was large 25 years ago, but it’s in the sweet spot now. Being thinner than a lot of modern dive watches, it almost feels small, even though it’s made of steel. But the size is what makes it comfortable, able to go from pool – or ocean – to office with no fuss. 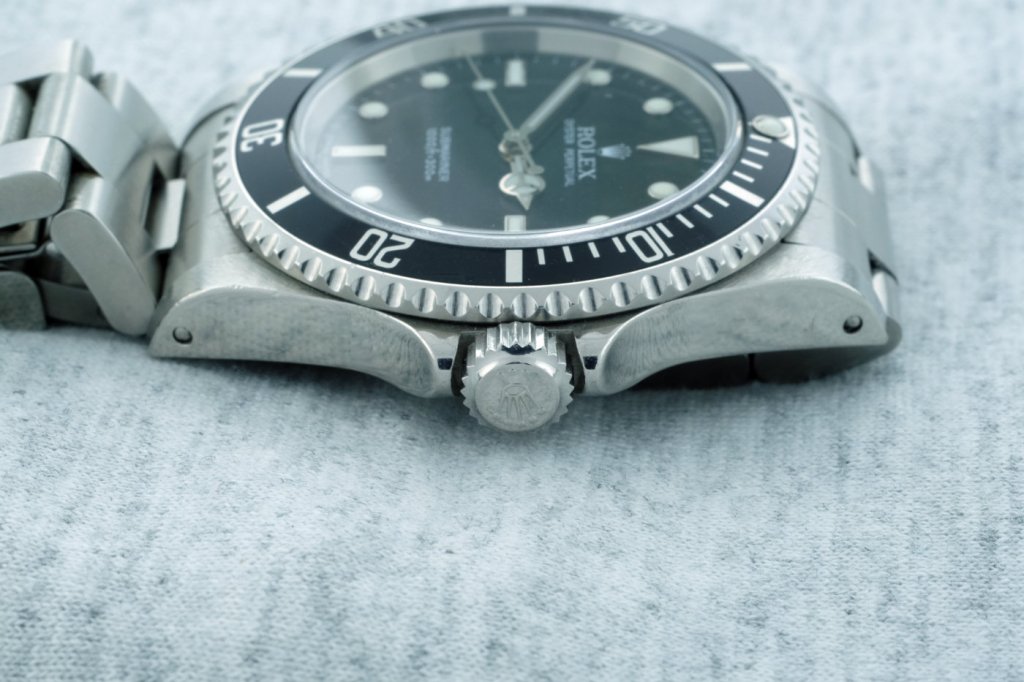 Design-wise, the lack of a date, or the trademark Rolex cyclops, the watch ends up being much more symmetrical than the date models. The crown of course, weights it to the right, but people are so used to a crown being there, that a watch with a hidden crown or one on the left looks positively out of whack.

You’ll find the crown logo and ROLEX OYSTER PERPETUAL on two lines above the hands. Below, you’ll find SUBMARINER 1000 ft = 300m on another two lines of text – the famous two lines I mentioned above.

Markers are applied while gold on a gloss dial, and the lume is Luminova. That’s adequate, but luminosity is an area where Rolex has made significant improvements since the 14060M was current.

The uni-directional bezel has good sharp notches that make underwater operation a snap. The bezel insert is aluminum – a major point for lovers of the reference. Ceramic will never age, fade, or (probably) scratch, and thus will never gather patina. But collectors and aficionados like patina. And like so many other features, the 14060M was the last Rolex to bear an aluminum bezel insert.

One additional feature to talk about, again the last of its kind, are the drilled lugs. This makes it an easy task to exchange the bracelet for a strap, or swap out straps if that’s your thing. Plus, the spring bars made drilled lugs extend deeper, making an unlikely failure even less so. Many a watch guy will claim a watch isn’t a tool watch unless it’s got drilled lugs. 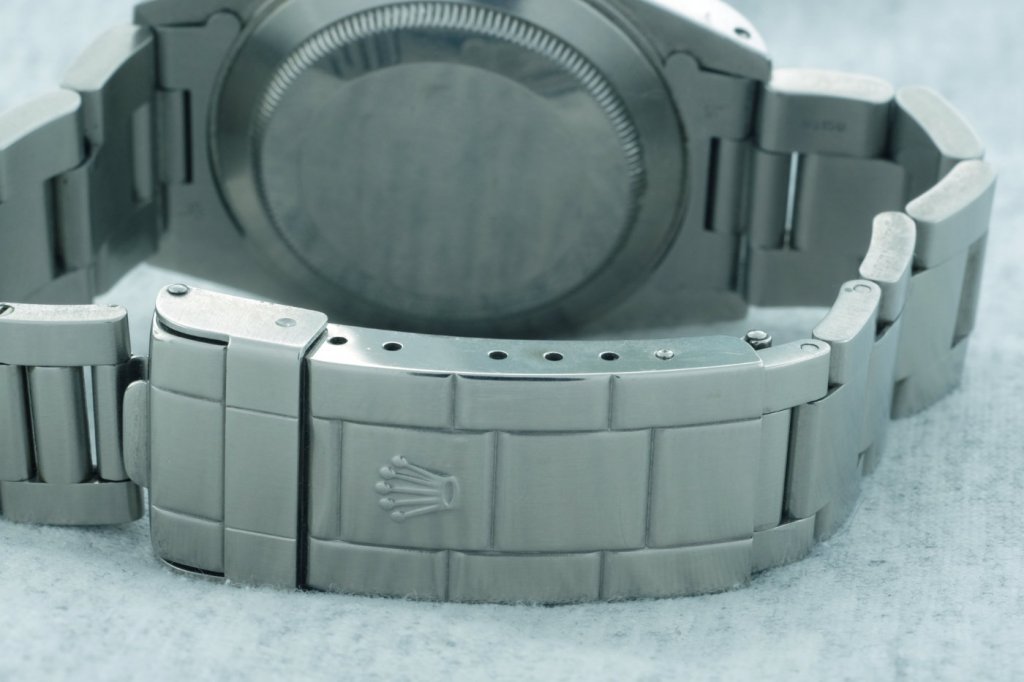 Speaking of bracelets, the Oyster bracelet on the 14060M is made up of solid links, but has the clinky stamped clasp that Rolex guys love to hate. Stamped end links too, but frankly, that’s part of the charm of the watch. You’ll search long and hard to find someone who’s actually experienced a failure of either.

All of this adds up to a watch that feels like it disappeared on the wrist, especially on its Oyster bracelet. Narrow spacing between the case and spring bars make it a challenge to mount leather straps or thread all but the thinnest NATOS, but don’t let that dissuade you from trying. The Sub looks – and feels – great with any of those options. For me however, the piece always ends up back on the steel.

The heart beating inside the 14060M is Rolex’s calibre 3130. The 3130 made its debut in 1998, replacing calibre 3000. Actually, in Rolex’s ecology of slow progressive evolution, the 3130 was an evolutionary update of the 3000. It featured a full balance bridge instead of the 3000’s balance cock, a Breguet overcoil on the hairspring, and a larger balance wheel.

Initially, the 3130 was not chronometer certified, although that came along in 2007. For what it’s worth, my F-serial number series (2003/2004) runs a few seconds fast per day, but well within the -4/+6 seconds per day prescribed by COSC. (I should note that COSC certification requires more of a movement than the oft-mentioned -4/+6 seconds per day, and I’m not sure my watch could satisfy them all – especially 12 years post-production.)

The 14060M has been called the last of the best by many a Sub aficionado. It harks back to the 5513 (and 5512), which was in production for decades. The lack of a date yields an “everything-you-need-nothing-you-don’t” vibe, a simple three-hander that will tell you everything you need to know when you’re in the thick of it.

The styling is conservative enough that the watch fits in the board room, and utilitarian enough that it wreaks of tool. It begs to be hung on the pegboard next to the crescent wrenches in the garage at night, rather than placed gently on the bedside table.

As I mentioned previously, the watch is no longer made. But that doesn’t mean you can’t get ahold of one – even with box and papers – with a little online searching or spelunking vintage watch dealers. Excellent examples can be had for around $5000.

Go ahead… treat yourself to The Last of the Best. 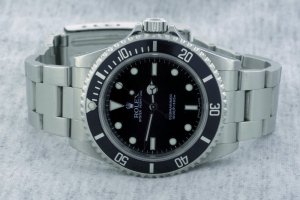 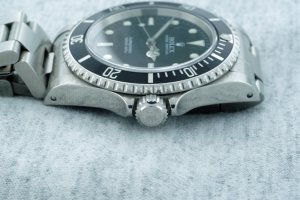 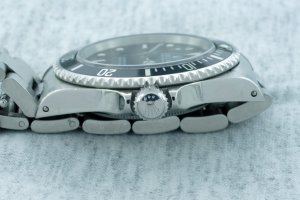 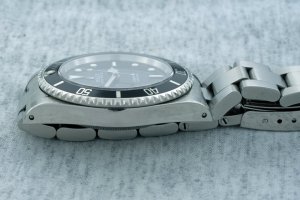 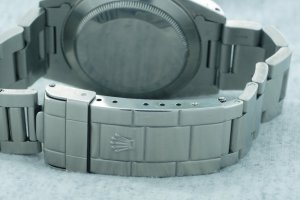 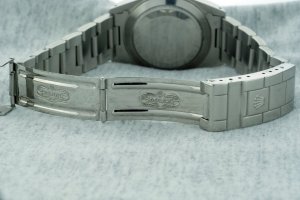 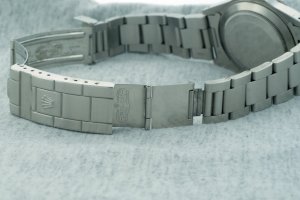 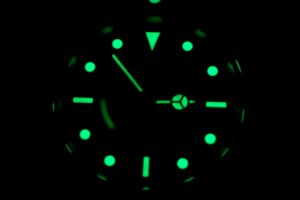