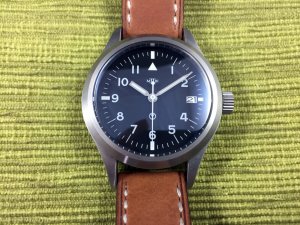 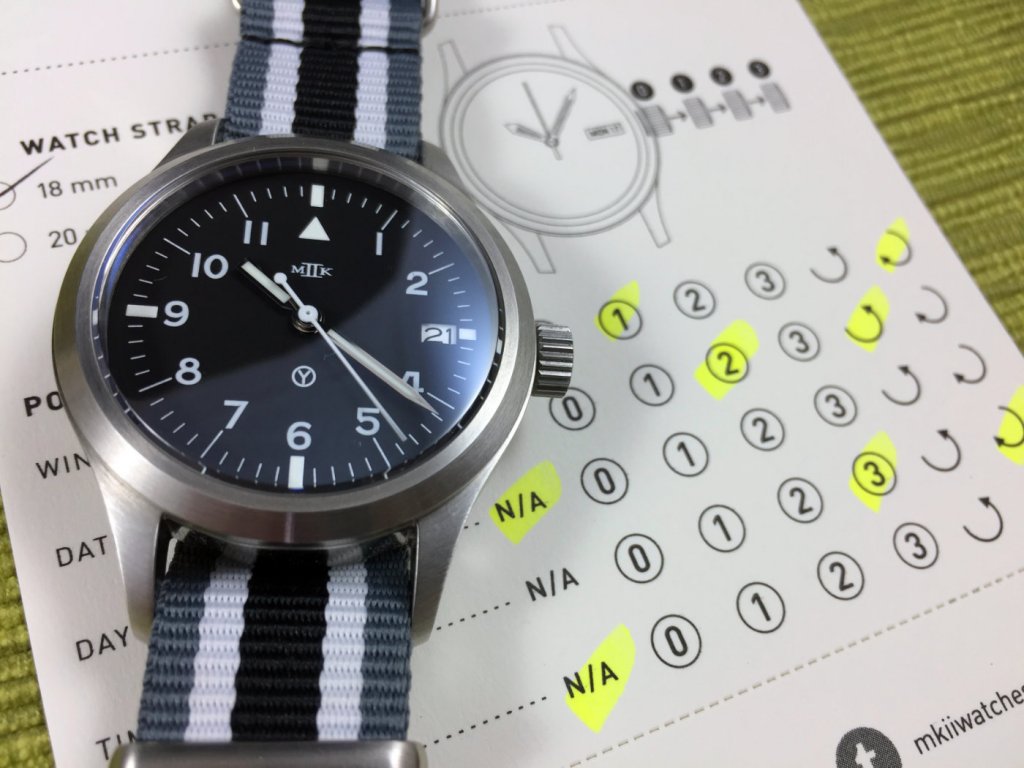 MKII is a watch brand piloted by U.S. based watch-maker Bill Yao, a man known for producing high-quality Swiss homages to classic tool and military watches. Assembling watches by hand and painstakingly adjusting movements for accuracy, Bill is highly respected for his fanatical attention to detail and deep knowledge of watch history – hallmarks of the MKII brand.

All that manual labor comes at a price though, it’s not unusual for MKII devotees to wait up to four years to receive a watch they paid for up-front, a testament to the quality of Bill’s work but a frustrating endeavor for customers nonetheless. I would venture to say that this has been a major barrier for adoption of the MKII brand by the mainstream.

With that said, this watch is the first release from MKII’s “ready-to-wear” collection, a watch produced exclusively in Japan and quality controlled in MKII’s Pennsylvania workshop. This is a somewhat radical departure from Bill Yao’s traditional model, allowing fans to obtain a MKII piece for a bit less than his hand-made watches. More importantly, the watches are available to ship immediately instead of being subject to MKII’s infamous lead times.

A smart piece of brand strategy: The Hawkinge is designed to be a wedge into the MKII catalogue, attracting new fans who would otherwise be turned-off by his long waiting periods. And who knows, maybe outsourcing production is the future of the MKII watch brand. I know we’d all be happier if MKII watches were made more accessible and more affordable.

So here’s the question: does moving the production overseas degrade MKII’s legacy of “Made-in-the-USA” quality? The short answer is no, the long answer is: depends on your perspective.

The Art of the Homage

It’s no secret, Bill Yao focuses exclusively on reviving popular watch designs from the past. For some, that may be the end of the conversation right there. The word “homage” has an unfair association with the cheap copies often found in Asia and abroad. But to compare Bill’s watches to the parts-bin knock-offs you can find in the back alleys of Hong Kong would be an insult to the work put into these. 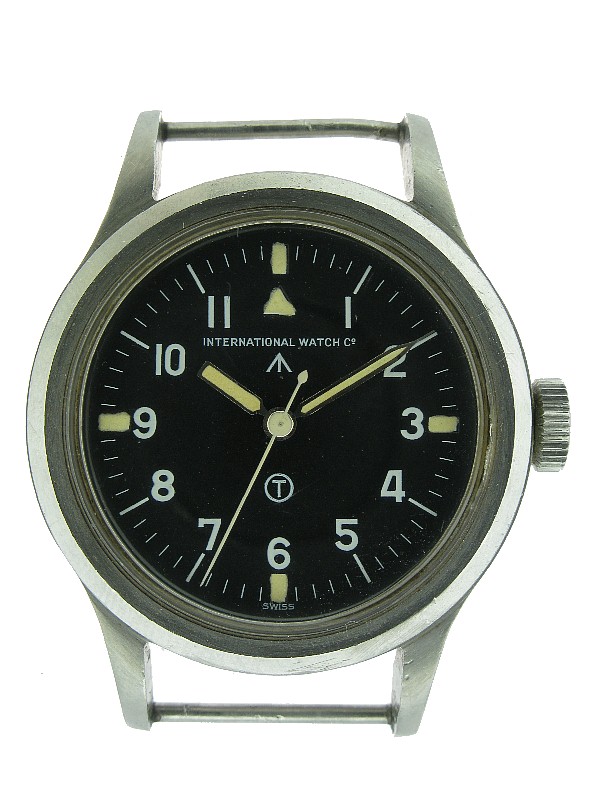 Not only does MKII produce watches of exceptional quality with impeccable attention to detail, he also focuses on pieces whose inspiration are hard to obtain, or prohibitively expensive. Bill Yao is a student of horological history, and his catalogue is a tribute to many important landmarks in military watch history.

The Hawkinge is inspired by the MK 11 (“Mark Eleven”) Pilot’s watch produced by JLC and IWC for the British RAF during the mid-century. Known by many military collector’s as the quintessential pilot’s watch, an original vintage example can fetch upward of $8,000 on the secondary market. And that’s the beauty of the MKII model, elegant vintage design encapsulated in a durable, modern watch.

If you can afford an original RAF MK 11 and want to wade into the murky depths of the vintage watch market, I can’t blame you. But if you want to own an exceptional modern watch with a classic design for a fraction of the price, MKII offers a superb value.

In my opinion, Bill has elevated MKII above the fray of the average homage brand. This is reflected in his prices of course, with some models (like the Key West) going for well over $2k. But there is something about the MKII brand that appeals to hardcore watch enthusiasts, knowing that the watchmaker himself shares the same passion for the detail and history that go into making an exceptional piece. And for some that justifies the premium, although others may suggest that an homage of any quality isn’t worth that price.

Even though I’ve struggled with the idea of owning an homage watch myself, I find that MKII has done an excellent job of creating a unique brand and community to support his work. Many fans own his watches along with the originals, giving credence to the idea that a good watch can stand on it’s own, despite it’s design influences.

Consider this: the design of many mil-spec watches is not the sole domain of any one watch company. The government creates specifications for military watches based on a utilitarian need, and then contracts the production of these watches to private companies. A great example of this is the British W.W.W field watch, a design that was produced by a dozen Swiss companies with minor variations under the supervision of the MoD. The watch itself is simply an expression of the underlying requirements.

Even though taking obvious cues from IWC and JLC, you could consider the Hawkinge itself to be simply another incarnation of the classic pilot’s watch. You could argue that even a modern IWC pilot watch, despite it’s historical authenticity, is simply an homage to a design of the past. Maybe I’m trying too hard to defend the purchase, but distinctions of authenticity are a lot blurrier than the community would suggest. 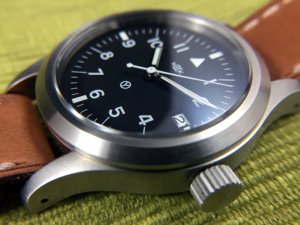 The Hawkinge is a relatively small watch at just under 38mm, closely reflecting the dimensions of the vintage MK 11. I’m personally thrilled at the trend towards smaller watches, and I find this watch wears exceptionally well. The small dial proportions are beefed up with a thick, chunky case and long drilled lugs that curve towards the wrist – giving it a much more significant wrist presence than the specs would suggest.

The lug width is 18mm and comes fitted with either a Maratac NATO strap or a tan leather two-piece (more on that later). I will note that the drilled lugs make strap changes a breeze (many of the original models had fixed spring-bars).

The Hawkinge is available in two different configurations, date and no-date, with the latter being a more faithful homage to the original. The matte-black dial itself is nearly identical to the MK 11, featuring white arabic numerals with a triangle at 12 o’clock. The case is 316L stainless steel and nicely brushed all around. The handset borrows the iconic squared-off hour hand from the IWC, and the overall presentation is extremely legible. 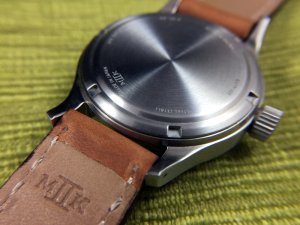 This watch also features a double-domed sapphire crystal, a feature generally found in much higher-end watches. Although the dome is very subtle, it’s enough to add some visual interest, and if you catch the light just right, some beautiful blue tones radiating through the crystal. There is a slight bevel around the edge, and the anti-reflective coating on the inside gives supreme visibility from almost any angle.

The IWC Mark 11 was known as one of the world’s first anti-magnetic watches, and I wish MKII would have carried this feature over to the Hawkinge. Although functionally unnecessary unless you’re wearing the watch in a cockpit, it would have been a nice nod to one of the defining features of the original design.

The tan leather strap is thick, but not too stiff, and trimmed with a cream colored stitching around the edges. The buckle is a nice piece of brushed hardware that matches the overall finish of the case. I actually like wearing this watch on the leather strap more than the NATO, which is my normal preference. Maybe it’s just because fall is in the air, but there is something about the tan color that provides a lovely contrast to the black dial. Although 18mm is on the slim side for a modern strap, I feel that the size is warranted giving the overall proportions of the case. 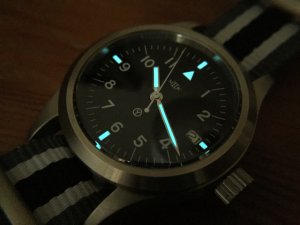 The watch is lumed on the hands and the “four corners” of the watch, giving it a bulls-eye type appearance at night. Additionally, the usage of blue SuperLuminova gives it a look that stands out from the traditional green glow of most other watches. It would’ve been nice to see all of the numerals lumed as well, but that is understandably cost prohibitive.

As far as packaging, the watch is delivered in a custom pelican case with additional spring bars and tools. The included certificates of authenticity indicate the positional timing as well, so you know the movement will be accurate. The case itself has room for three watches, and could be used for traveling with your collection.

One last note on the design, the “Circle-Y” on the dial is a nod to the “Circle-T” variants of the radium lumed IWC Mark 11. The “Y” stand for Yao of course, letting us know Bill still has a sense a humor.

Although MKII typically uses Swiss ETA movements in their watches, the made-in-Japan Hawkinge has a SII NE15 beating inside. This movement is the white-label version of the venerable Seiko 6R15, a work-horse found in many of Seiko’s midrange pieces (including the Alpinist, and the SARB line). It’s a fine movement, featuring hacking and hand-winding, and with proper adjustment can achieve accuracy comparable to it’s Swiss counterparts.

The movement itself is held into place by a Delrin® movement ring, a light-weight part made by Dupont to increase the shock-resistance and durability of the movement. I can’t vouch for the legitimacy of these claims yet, but it seems like a fine addition to the build.

The overall movement package is not incredibly fancy, but I do find the Japanese movement to be a refreshing change from the onslaught of ETA 2824’s that seem to be inside every other Swiss watch. It’s a solid workhorse with a proven history, sure to last for generations with basic servicing.

Even though the Hawkinge is mass-produced in Japan instead of MKII’s workshop, I believe that this watch shares the same hallmarks of quality found in Bill’s hand-made pieces. The design is understated, yet undeniably classic in it’s execution. It’s a fantastic pilot’s watch with a high-quality build and a solid movement. It’s not made individually by Bill’s hand, but I haven’t seen anything to suggest that the quality suffers for it.

At $595, it’s roughly double the price of a similar homage from it’s competitors. But still, given the unique position of the MKII brand, I feel it’s a fair price to pay to get a taste of what MKII has to offer. And maybe it’s the lead times themselves and the relative scarcity of pieces that make MKII so desirable? And if that’s the case, will moving production overseas destroy some of the allure?

I’m looking forward to see if MKII continues to outsource production of new models to keep the brand more accessible and affordable. And if it does, how will it effect the communities perception of the brand and it’s models?

What do you think? Does the MKII brand justify the premium or is it simple an overpriced imitation of the original? I’d love to hear your thoughts below. 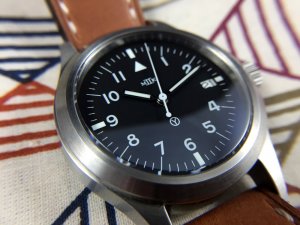 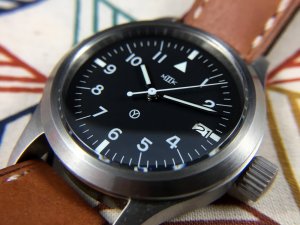 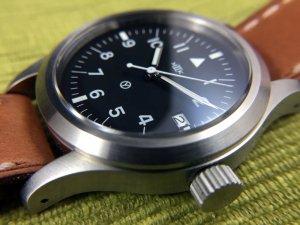 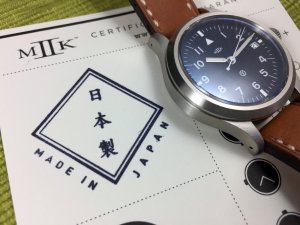 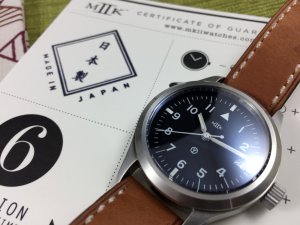 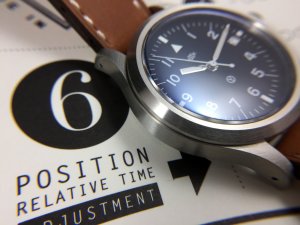 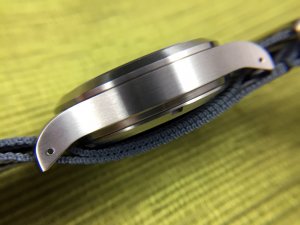 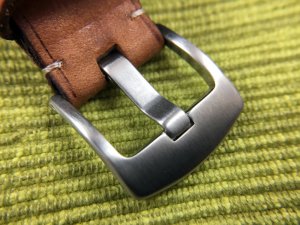 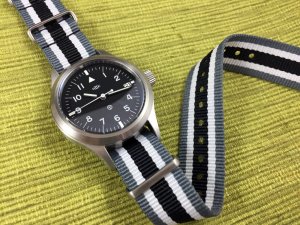 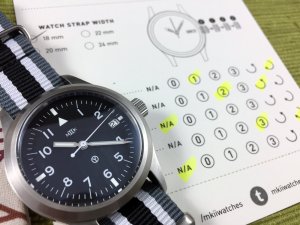 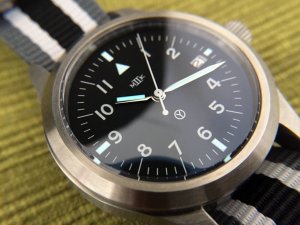 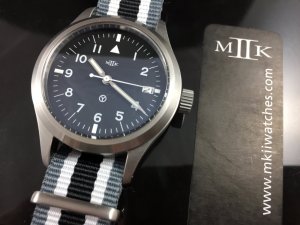