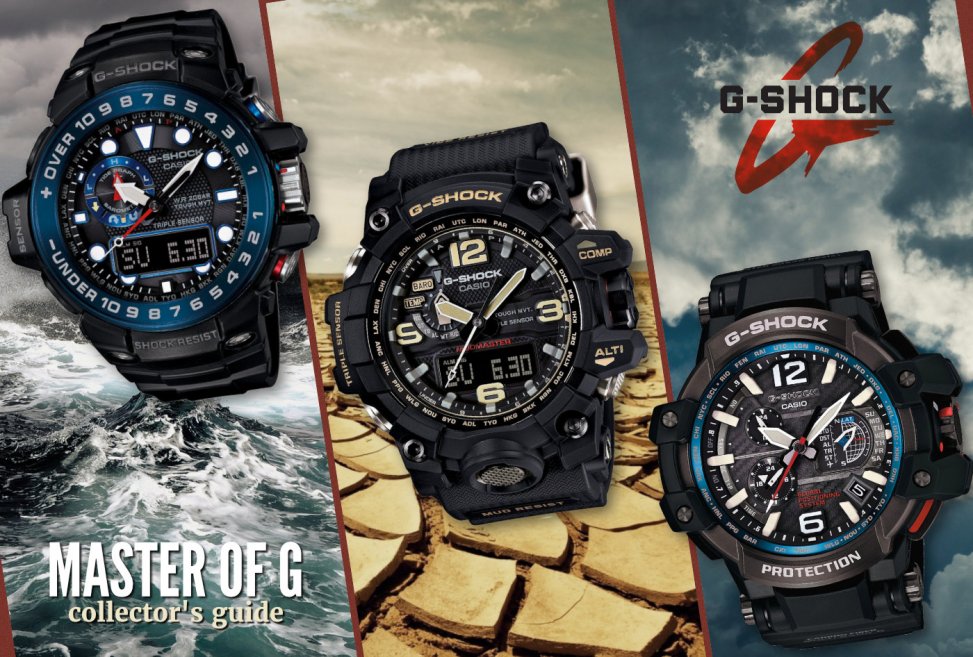 This guide will cover the 6 most popular in-production model families:

When comparing G-shock “Master of G” watches, keep in mind that almost all of them have the basic Casio module functions: Alarms, Timer, Stopwatch, Shock Resistance, Water Resistance, Backlight Illumination and World Time.

All prices in this guide reflect real-time market prices, updated every 60 minutes. 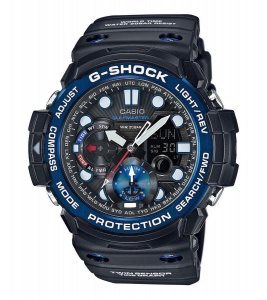 The Casio Gulfmaster is Casio’s seafaring entry in the legendary “Master of G” Series, focused on delivering features for those that work on boats. The Gulfmaster series currently has three modern variations: the Quad Sensor, the Triple Sensor and the Dual Sensor models.

All three variations utilize a combination of digital and analog displays, as well as Barometric and Temperature sensors and a module for displaying tide levels and moon phases. 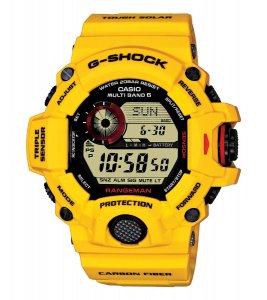 The Rangeman is Casio’s all-purpose watch for use on land, featuring helpful functions for navigating various terrain (Compass, Altimeter and Thermometer). The Rangeman has a single functional model that comes in many different color combinations – with some limited edition models commanding quite a premium price.

The Rangeman is a very popular model due to it’s relative affordability and versatility. Additionally, the metal buttons give it a unique look that makes them stand out from the other G-Shocks. 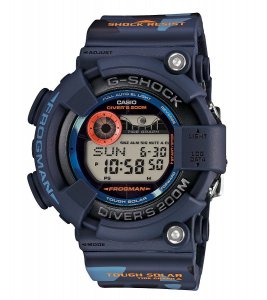 First released in 1993, The Frogman is one of Casio’s most successful and longest running digital watches. All G-Shock watches are water resistant up to 200M, but the Frogman takes it further with complete ISO 64250-compliance. With it’s multitude of dive specific features (like Dive logging, depth gauge, and rapid ascent alarms), this watch is one of the most capable dive watches you can buy.

The Mudman is Casio’s all digital, entry level “Master of G” watch. Being the most affordable of the line, they represent a great value for collectors looking to acquire their first G-Shock. Known for it’s unique mud-resistant construction, the Mudman is a versatile watch for almost any outdoor use.

The current Mudman is available in three variations: The GW-9300 utilizes the twin sensor module and the Multiband 6 time sync, and the G-9300’s are practically identical (minus the Multiband feature). The G-9000 is a very basic watch, lacking almost all of the advanced features of the other models in the line.

The Mudmaster is a more advanced version of the Mudman, featuring a unique Analog/Digital display and some advanced design features: including a Sapphire Crystal and the usage of Alpha Gel to protect internal components. 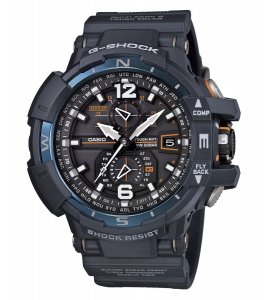 The Gravitymaster is one of the newest model lines in the “Master of G” series. The GPW-1000 line has full GPS capabilities, allowing for automatic time synchronization worldwide. It features some useful aviator features, including dual world time, directional compass, and 24 hour chronograph.

The Flyback chronograph models allow for resetting of the chronograph without first needing to stop it, a simple timesaving feature that is useful for pilots.